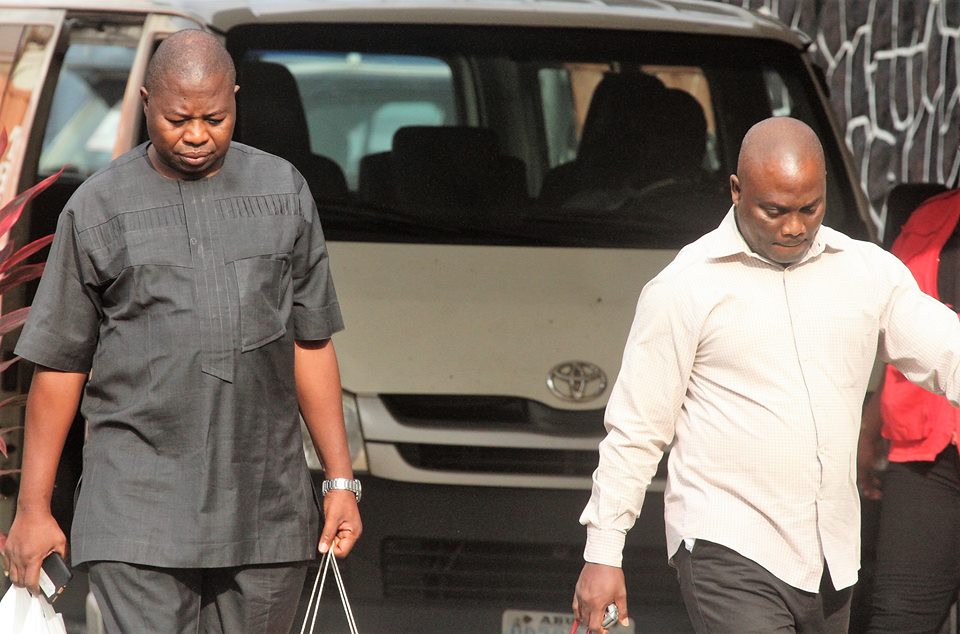 The Economic and Financial Crimes Commission, EFCC, Lagos Zonal office, will on Wednesday, November 7, 2018 arraign four suspected fraudsters before Justice Sherifat Solebo of the Special Offences Court sitting in Ikeja, Lagos on a 14-count charge bordering on felony and stealing to the tune of N1 ,301, 334, 108.00( One Billion, Three Hundred and One Million, Three Hundred and Thirty-four Thousand, One Hundred and Eight Naira).

The suspects were charged alongside Yus Investment Nigeria Limited and Olivia Osmond Nigeria Limited for allegedly diverting the sum of N1,301, 334, 108.00 belonging to the Nigeria Police Force, NPF, to their personal use.

One of the counts reads: “That you, Ogbadu Joseph (Now at Large), Hassan Paiko Muhammed (now at Large), Sule Yusuf Tegina, Olumide Odumosu, Helen Nwafor, Okpalugo Ifeoma, Olu Osmond Nigeria Limited and Jemmy Yus Investment Nigeria Limited, sometime in 2013 in Nigeria, within the jurisdiction of this honourable Court, conspired amongst yourselves to commit felony, to wit: stealing of the sum of N1, 301, 334, 108.00 (One Billion, Three Hundred and One Million, Three Hundred and Thirty-four Thousand, One Hundred and Eight Naira) property of the Nigeria Police Force.”

However, the scheduled arraignment could not go on today, as one of the suspects, Nwafor, claimed she did not understand English.

When the matter was called, Nwafor told the court that she would need someone to interprete the charges preferred against her by the Commission in her native language, Igbo.

Consequently, Justice Solebo adjourned the matter to November 7, 2018 and ordered the defendants to be remanded in prison custody pending their arraignment