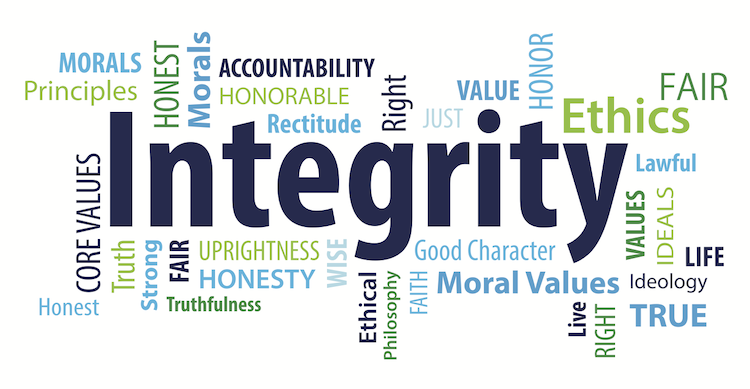 Beyond strengthening legal frameworks, the implementation of which requires political will, stakeholders have also recommended social sanctions towards addressing the integrity deficiency among political leaders.

Speaking at a Twitter Spaces event organized by the Center for Fiscal Transparency and Integrity Watch (CeFTIW) tagged: “Choosing the Next Set of Political Leaders; the Integrity Question,” lead speakers and participants agreed that there is need for a top-bottom and bottom-top approach to addressing the issue of integrity in the nation.

“We must act to check the corrupt minds at the family and societal level,” said Ambassador Angela Nworgu, noting that the decay in political leadership is a reflection of the larger society.

She reiterated that the foundational step towards answering the integrity question is to pay attention to the upbringing of children. While arguing that political leaders are products of their upbringing, she noted that the nation is only a byproduct of what it sowed in raising its young people.

Amb. Nworgu said that addressing the integrity question is germane to selecting the next set of political leaders, declaring that “without integrity, capacity and capability means nothing.”

The Center’s Board of Trustees Chairman condemned the erosion of erstwhile values of hard work, integrity and accountability that are known in the traditional African society, which has given way to the current value system that has encouraged greed and corruption; submitting that aside blaming the government and political leaders, effort should be put into checking the moral decadence in the larger society, from the fruit seller on the street to the market woman and everyone else.

Professor Yusuf Dankofa, a professor of law at the Ahmadu Bello University (ABU), Zaria provided a historical perspective on the subject of integrity in the nation’s political leadership and blamed the current rot on intervening military rule after the First Republic.

He argued that prior to military interventions, First Republican leaders such as Obafemi Awolowo, Tafawa Balewa and Nnamdi Azikwe were selfless and continue to be reference points for integrity in leadership in the country.

Professor Dankofa said that despite a return to democratic governance in 1999, the system’s systemic degeneration and infiltration with leaders who no longer work for the people, but for themselves remains.

Ahead of the next general elections, he bemoaned that political leaders have mastered the act of weaponizing poverty to remain in power but called on Nigerians to participate actively, and eschew vote selling as a step into electing only people with integrity and competence into political offices.

Another panelist, Haroun Harry Audu, a legal practitioner and public affairs strategist said that a conversation on good leadership is impossible without a beam light on the character and personality of the leader.

Barrister Audu said that the nation’s political landscape is awash with leaders who lack integrity, resulting in the current level of trust deficit, and pointed out that the citizens themselves have failed to demand accountability, with some citizens aiding political corruption.

The legal practitioner and communication specialist said that the nation has enough punitive measures against political corruption but decried poor implementation as a result of political will; and harped on the need for the National Orientation Agency (NOA) and the National Institute for Cultural Orientation (NICO) to lead aggressive and combative campaigns to change Nigerians attitudes towards public service, noting that an enlightened citizenry is crucial in addressing the integrity questions.

Barrister Inibehe Effiong also said that integrity speaks to consistency in values, which is scarce among the nation’s political leaders. He argued that leaders must take full responsibility for the current state nation.

Effiong noted that the indices of a functional society are collapsing and urged Nigerians to, rather than focus on irrelevances ahead of the next general elections, ask the real integrity questions, as he expressed the belief that addressing the integrity issue must begin from the apex of leadership.

Following submissions by panelists and participants, the Center urged Nigerians to be circumspect in choosing political leaders in 2023. It is the position of the Center that until the integrity question surrounding political aspirants at all level of governance is addressed, the fight against public sector corruption cannot be won.