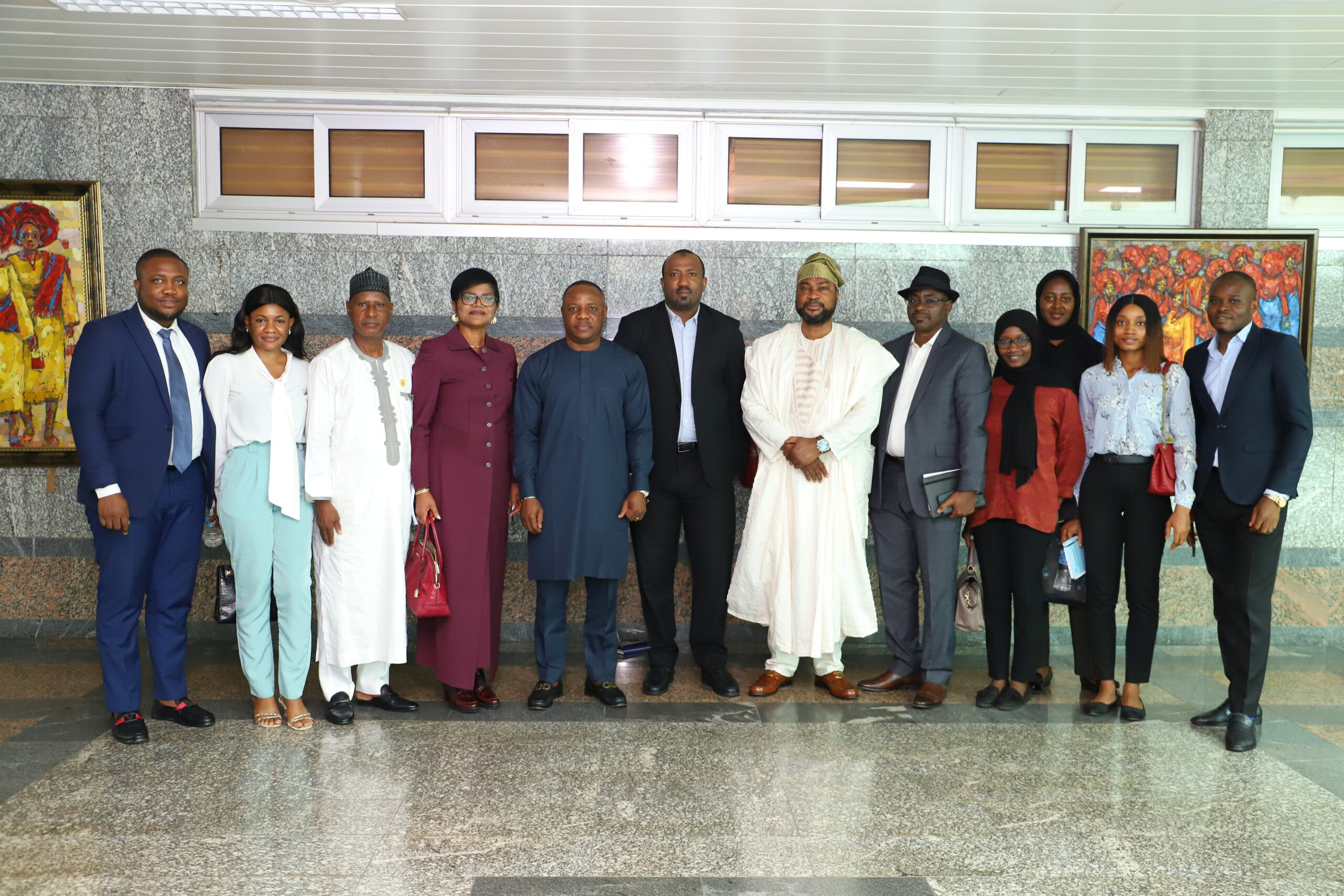 Designated as one of the banes of sustainable development in the continent, the Permanent Secretary of the Federal Ministry of Foreign Affairs (MFA), Amb. Gabriel Aduda has commended the Center for Fiscal Transparency and Integrity Watch (CeFTIW) for its data driven interventions in the fight against corruption and promotion of good governance.

Aduda gave the commendation during a courtesy call by the Center, where he was introduced to the Center’s Transparency and Integrity Index (TIII) report and other data focused projects by the Center, and submitted that while perception can be subjective, data are scientific and largely objective.

The PS described the Center’s works in the anti-corruption environment as important to all Nigerians, and urged the Center not to relent in advocating for transparency and demanding for accountability from public office holders.

He pledged the Ministry’s support in the fight against corruption, and specifically drew attention to the issue of money laundering and corruption in the real estate business in major cities in the country.

Introducing the Center to the PS earlier, the Board Chairman, Amb. Angela Nworgu said that the Center is poised to expand its impact in its core thematic areas of good governance, anti-corruption and transparency, and sought the support of the Ministry that is the contact point for Nigeria to the rest of the world.

While informing the PS of the Center’s Executive Director’s appointment as the sub-Saharan African representative at the Board of the UNCAC Coalition, Ambassador Nworgu emphasized that a collaboration with the Ministry will be vital in championing anti-corruption fight across the continent in line with the Center’s new responsibility.

Nworgu added that a collaboration with the Ministry would be significant in projecting the nation’s efforts in the anti-corruption fight and good governance reforms to the international community.

The Executive Director, Umar Yakubu in his address also stated that the Center’s novel Transparency and Integrity Index (TII) was conceptualized to ensure that government Ministries Agencies and Departments (MDAs) comply with enabling laws on integrity and transparency.

He explained that the TII project was a technological solution developed to promote and instill culture of transparency, and strengthen corruption preventive mechanism by ensuring that MDAs comply with extant laws on open governance, fiscal Transparency, procurement, citizens engagement, among others, so citizens are also empowered to demand accountability from government institutions.

Yakubu said that the TII project, as well as other projects are data driven, and not product of mere perception and hearsays. He said that the Center is on track to developed a centralized database towards strengthening the fight against corruption and boost the nation’s criminal justice system.

The Executive Director also informed the Permanent Secretary that the Center hopes to work with the Ministry to pioneer a date to be set aside by the United Nations as “Good Governance Day,” as part of efforts to promote principles of good governance across the globe.