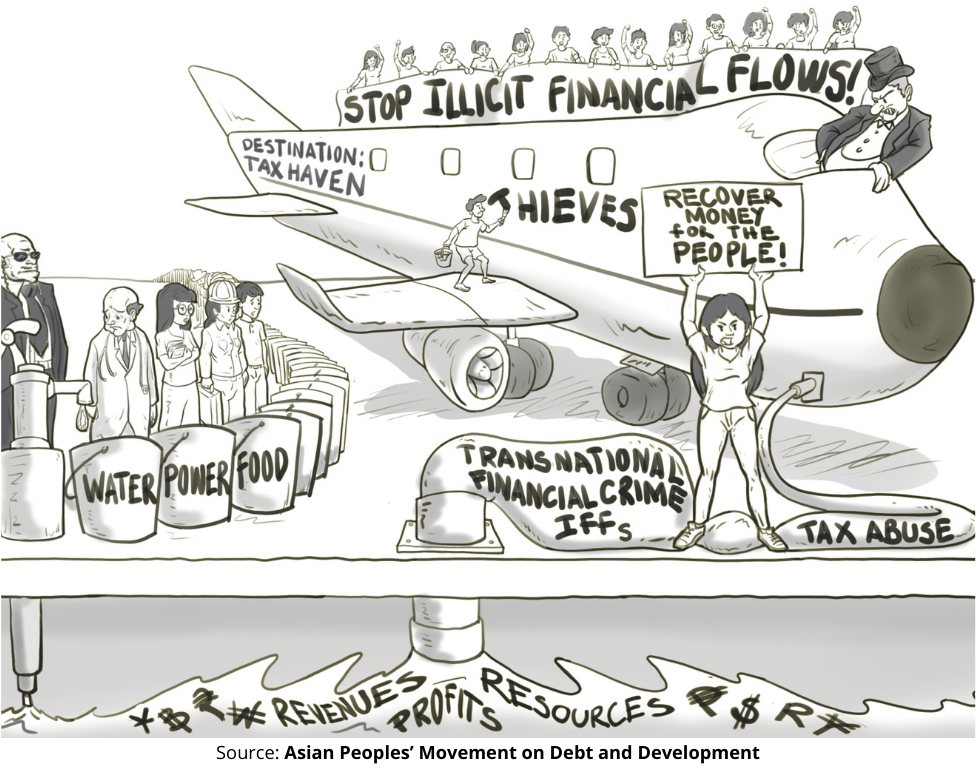 Described as a menace and clog in the wheel of Africa’s progress, young pan-Africanists at the Center for Fiscal Transparency and Integrity Watch’ (CeFTIW) weekly Twitter Spaces have recommended homegrown solutions to the issue of endemic corruption in the continent.

According to the African Union Illicit Financial Flows (IFF) report, it is estimated that Africa lose nearly 50 billion dollars annually through profit shifting by multinational corporations, with 20 percent of the figure traced to Nigeria alone; and the Africa Growth Initiative (AGI) also estimated that approximately $1.3 trillion was illicitly moved away from the continent between 1980 and 2018. The resources lost to IFF continue to deny the people good infrastructure and general quality of life.

As concerns over IFF grow across the continent, the Center’s Twitter Spaces conversation tagged: Africa and the Problem of Illicit Financial Flows; In Search for Solutions, was organized to raise consciousness of young people in the continent against corruption and how they can participate in finding lasting solutions to the problem of IFF.

In their interventions, the panelists attributed the continent’s underdevelopment to corrupt leadership who continue to loot and misappropriate the continent’s abundant human and natural resources.

Aliyu Suleiman, a young pan-Africanist and spoken word artist at the Kaduna State University said that the fight against corruption, and IFF in particular must go beyond lip services and signing of international treaties, to genuine commitment by African leaders and citizens alike if corruption must be stamp.

Suleiman noted that the widespread unrest across the continent is as a result of institutional corruption, which saw African leaders diverting public funds for personal use. He added that the insecurity in the continent is simply a revolt against agelong corruption which has reached a tipping point.

While decrying what he described as the conspiracy of actors in different arms of government against the people, Suleiman suggested a continental collaboration championed by the African Union and implemented at subregional levels to address the issue of IFF.

Ousman Touray, another young pan-Africanist who joined the conversation from Gambia urged young Africans to take up responsibility of wining back their continent from corrupt political leaders, by serving as worthy example of integrity and transparency so they can champion a societal rebirth.

He called on young Africans to serve as advocates to the extent that the justice system is strengthened against corrupt political leaders, which tends to protect a few, and marginalize the majority, adding that young people must resist being used as crime accessories either because of political interest or family ties.

“As young Africans, ready to take up leadership responsibility, either in the public or private sector, we must serve as exemplary individuals, and be able to champion societal rebirth…,” he counselled.

Touray recommended continuous dialogue, where young African can contribute to the political and socio-economic conversation, and also called on Civil Society Organizations (CSOs) to act as watchdog and champions of transparency and accountability in their own activities.

On his part Muhammad Ayuba called for a mindset change and transparency at all levels of the society; arguing that leadership corruption is only a reflection of the larger decay in the society.

Ayuba noted that it is only when the society is free from corruption that it can demand accountability from its leaders. “There must be an effective accountability and transparency system that allows us to checkmate the system,” he added.