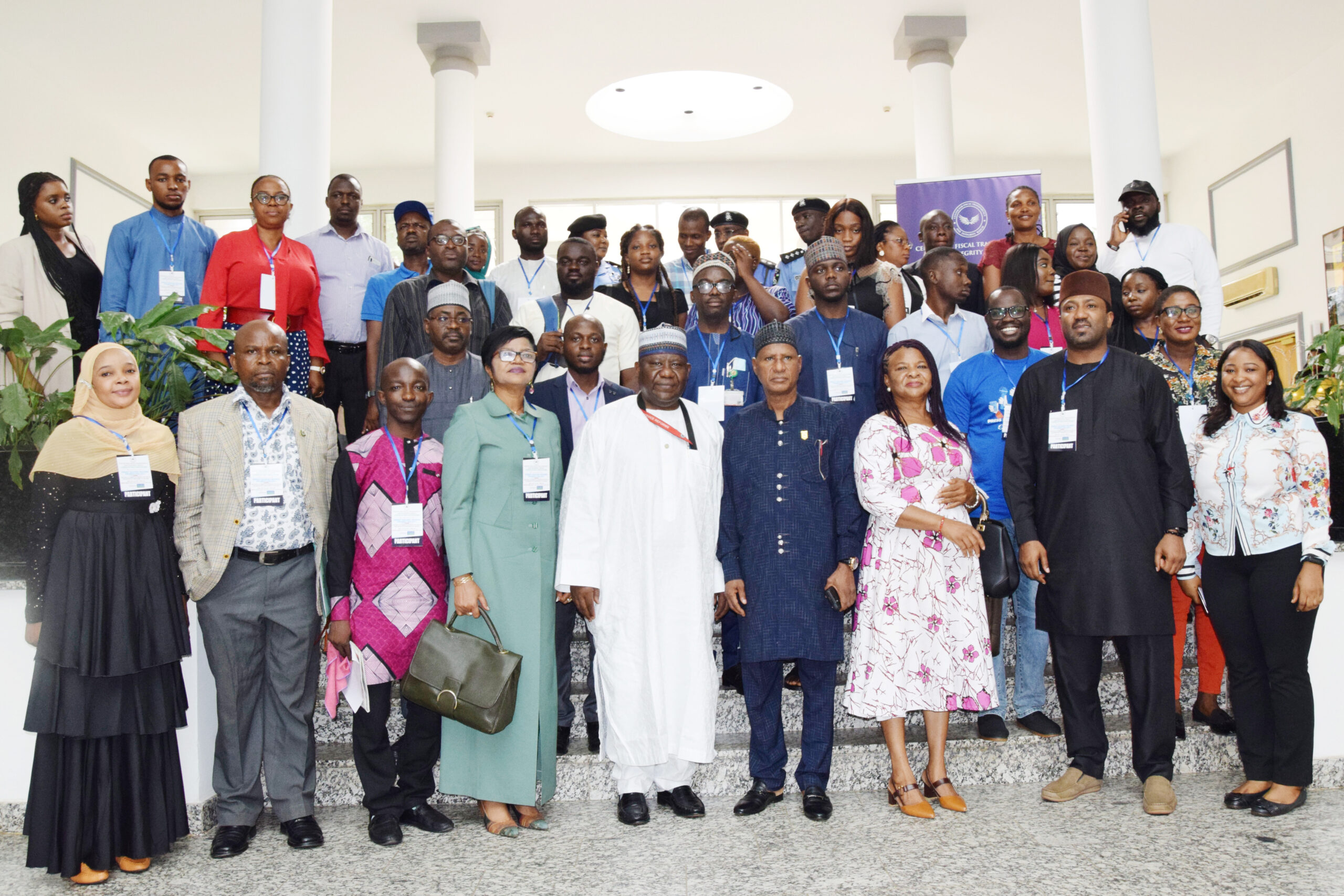 At the Center for Fiscal Transparency and Integrity Watch’s (CeFTIW) workshop to deepen advocacy and conversation towards promoting fiscal transparency in government businesses, stakeholders have committed to supporting well-meaning reforms and open governance advocacies.

The workshop was organized in partnership with the Bureau of Public Service Reforms (BPSR) and the Center for Journalism Innovation and Development (CJID) to galvanize media support in promoting transparency and accountability measures in the country.

Welcoming participants, the Chairman, Board of Trustees, Angela Nworgu said that the Center recognizes the efforts of stakeholders in the anti-corruption environment, but called for more corruption preventive measures in the nation’s public sector.

Nworgu said that deepening the conversation on improving open governance and strengthening integrity procedures in the public sector is crucial in winning the fight against corruption.

The Center’s Executive Director, Umar Yakubu while making a presentation on the 2021 Transparency and Integrity Index (TII), said that the workshop is specially organized to build the capacity of media practitioners on efforts being taken by the Center and the BPSR at reforming the public service, which are largely underreported.

Umar said that the TII is one of many initiatives by the Center and the Bureau to compel compliance from government agencies with extant laws in order to promote transparency and strengthen the integrity mechanisms of public institutions.

He said that the media have a crucial role in driving and promoting citizens’ access to information, which he stated remains the cornerstone for achieving transparent and accountable institutions. “It is only when citizens know how they are governed can they hold their governments accountable for their decisions and actions.”

The Executive Director said that the Center expects improved rankings in the 2022 assessment of MDAs’ information on fiscal transparency, budget implementation, open procurement and contracting, and citizens engagement, which are important benchmarks for measuring transparency and integrity.

Arabi disclosed that, as part of the ongoing efforts at transforming the public sector, the federal government is set to commence electronic procurement in 2023 in order to eliminate human interferences and enhance the transparency of the processes. He added that the launch of the National Strategy on Public Service Reforms to boost transparency in fiscal management is set to place Nigeria among top countries in fiscal management.

He enjoined media practitioners to monitor budgetary and implementation processes in MDAs, and not be deterred by abuse of bureaucratic process by some public servants; noting that bureaucracy in itself is not bad, but a system to ensure due process.

In her goodwill message, Head, Asset Recovery, Federal Ministry of Justice, Hajiya Ladid Mohammed, while calling on the National Information Technology Development Agency (NITDA) to devise a means of continuous assessment of MDAs websites so as to ensure they are active and updated, charged media practitioners to be more proactive and transparent in their reportage.