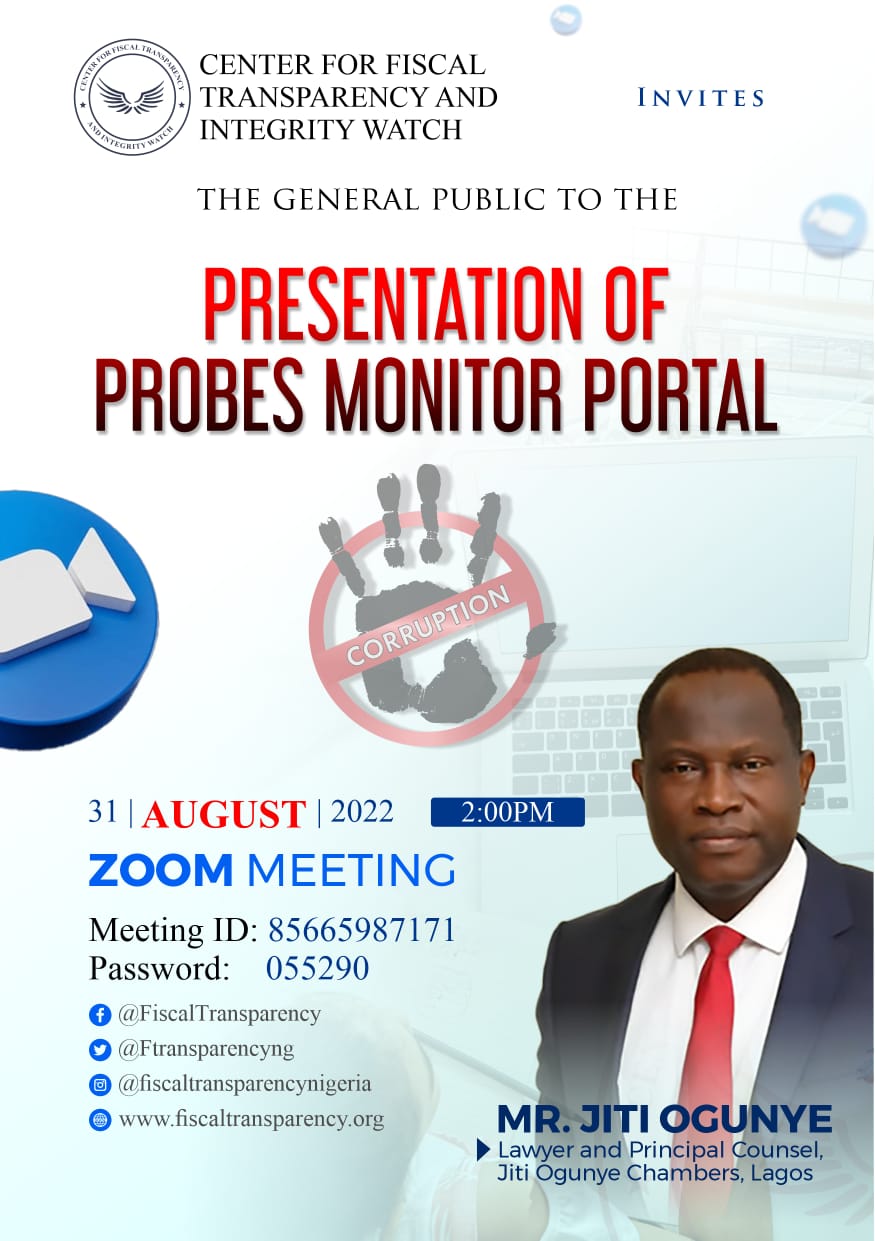 One of the oversight functions performed by the three arms of government is the constitution of probe panels to check, investigate and scrutinize the actions and inactions of government Ministries, Departments and Agencies (MDAs), and public office holders. These probes are often also constituted to ensure that laws are adequately implemented, curb the abuse of power and prevent public sector corruption.

It’s common in the Nigerian governance space to come across media reports of probes panels constituted by different authorities across the three arms of government to investigate allegations of grand corruption and misconduct by public service holders. In most cases, these probe panels have clear terms of reference. However, Nigerians are left in the dark about the findings and actions taken if and when the probes reports were concluded and submitted.

The lawmakers at the federal and states Houses of Assembly, for instance, derived their oversight powers from the 1999 Constitution of the Federal Republic of Nigeria in sections 88, 89, 128 and 129; which empower the National Assembly to set up investigative panels on any matter or thing with respect to which it has powers to make laws in order to “expose corruption, inefficiency of waste in the execution or administration of laws within its legislative competence and in the disbursement or administration of funds appropriated by it” (Section 128 2b).

In exercising this constitutional power, however, when and if the National Assembly or its Committees submit probes report, the leadership of the executive arm and its functionaries have consistently disregarded sanctions and recommendations of probe panels, thereby making a charade of this constitutional process.

This is also true of the judiciary led by the National Judicial Commission, which has also severally constituted probe panels as a self-cleansing mechanism to deter lawyers and legal practitioners from acting corruptly and punishing infractions.

The Center for Fiscal Transparency and Integrity Watch is therefore concerned, first and foremost, about the abuse of constitutional processes in which case probe panels are constituted and either abandoned halfway; and on the other hand, the non-implementation of probe Committees’ reports. This continuous defiance of government institutions and public officers to extant laws in this regard will continue to weaken our democratic processes.

As part of our objective to deepen democracy by enhancing transparency, the Center has developed a portal that hosts information on grand corruption-related probes made public between 1999 and 2022, and will be presented to the public on the 31st of August 2022.

The Center calls on the attention of all concerned stakeholders to the litany of abandoned probes. It is also hoped that Citizens would take advantage of this portal and data to demand transparency and accountability from their leaders.