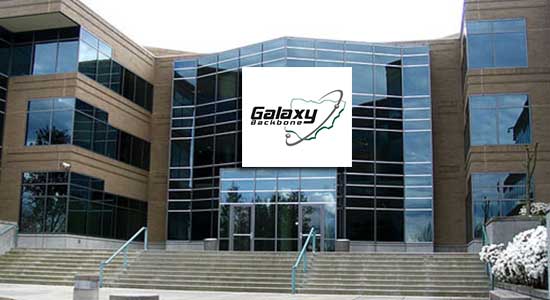 In 2015 when the President Muhammadu Buhari administration came into power, one of the reforms the government committed to was the digitization of the governance process.

At a stakeholders’ engagement workshop on the e-Government Master Plan, the then Minister of Communication, Adebayo Shittu, stated the government’s resolve to implement the plan in 2020 entirely, and didn’t fall short in describing the project as a “tidy road map for integrating governance in Nigeria, into the post-modern global ICT age for the purpose of matchless efficiency, accountability and transparency.”

Shittu was confident in submitting that upon implementation, governance processes would be seamless, so that “at the click of computer buttons,” one should be able to collate the ideas of millions of Nigerians as prompt and invaluable input in policy evolution and development, and one “should also be able to accurately monitor in real-time the amount of crude oil and gas that is being taken out of Nigeria every day. He added that the pensioners’ payment would be done electronically by 2020.

When this was announced, many thought that the government understood the need to urgently abandon the cumbersome manual file system, which was long overdue, and embrace an electronic structure that is driven by modern technology that would make the nation’s public service competitive in a world that is largely dependent on Information and Communication Technology (ICT).

In fairness to the government, the full implementation of the Treasury Singles Account (TSA) and the launch of the Treasury Portal in 2019 as means to introduce transparency in government’s income and expenditure, which has arguably saved the treasury from recklessness previously witnessed.

The country is also making progress in digital economy driven by private sector investment especially in areas of fintech and digital entrepreneurship. But in terms of spread, we are yet to fully harness the digital economy value chain. While there is commendable growth in a few cities, especially Lagos, a Nigeria Digital Economy Diagnostic Report by the World Bank shows that many Nigerian citizens and businesses are still excluded from the digital ecosystem due to limited access to broadband and non-availability of adequate devices (mobile devices and computers) to fully utilize the Internet.

One of the main drivers of the nation’s digital economy and e-governance master plan is the Galaxy Backbone. The organization is saddled with the responsibility of providing high speed internet access to government MDAs, government VIP residences, private residences and small office/home office (SOHO) over fibre, eLTE, Microwave and VSAT. The organization rightly described itself as the “information technology and shared services provider of the Federal Government of Nigeria.” Not to dwell on other nicely crafted services the organization is meant to handle in driving the transition to e-governance, the reality today is that it has failed to become the backbone of the e-governance master plan in the country, especially because the very concept of e-governance does not have to start and end in Abuja and Lagos.

Recall that at the core of the e-governance masterplan which the supervisory ministry committed to deliver is to improve transparency and accountability of public institutions. Transparency and accountability of government institutions is founded on open governance, a concept that underpins citizen’s right to access public information and participation as required by local laws and international conventions.

It is only when citizens have access to public information can we say that the system is transparent and accountable. Today however, most government institutions are not complying with the e-governance vision due to the lack of adequate Information Technology support by agency like Galaxy Backbone. For instance, the highest ranked organization in the maiden edition of the Center for Fiscal Transparency and Integrity Watch’s (CeFTIW) Transparency and Integrity Index (TII) was Family Homes Limited with a total score point of 34.92%.

The TII assessed organizations based on five variables including Accessibility, Budget / Audit Report, Procurement, Citizens Engagement / Responsiveness and Human Resources, and ranked Galaxy Backbone 186th position out of 475 organizations assessed with a cumulative score of 9.92%. The Center relied on public website for its assessment, and this score and rank for an organization that is meant to drive e-governance is poor, to say the least.

Is this to say that Galaxy Backbone is responsible for the lack of transparency and accountability of MDAs? Not exactly, but it is clear that the organization must do more in leading the transition to e-governance by providing more IT support to agencies, which is important for clarity and prudence in government business.

The earlier cited diagnosis of Nigeria’s digital economy by the World Bank rightly recommended that the nation needs to focus on accelerating improvements in five fundamental pillars of a digital economy including digital infrastructure, digital platforms, digital financial services, digital entrepreneurship and digital skills, and the role of Galaxy Backbone in this regard, especially in assisting government institutions with IT infrastructures cannot be overstated.

Aside from improving transparency and accountability, full implementation of the e-governance master plan would save cost, lead to greater efficiency of institutions and support overall digital economy growth aspirations, and critical of all, reduce public sector corruption.