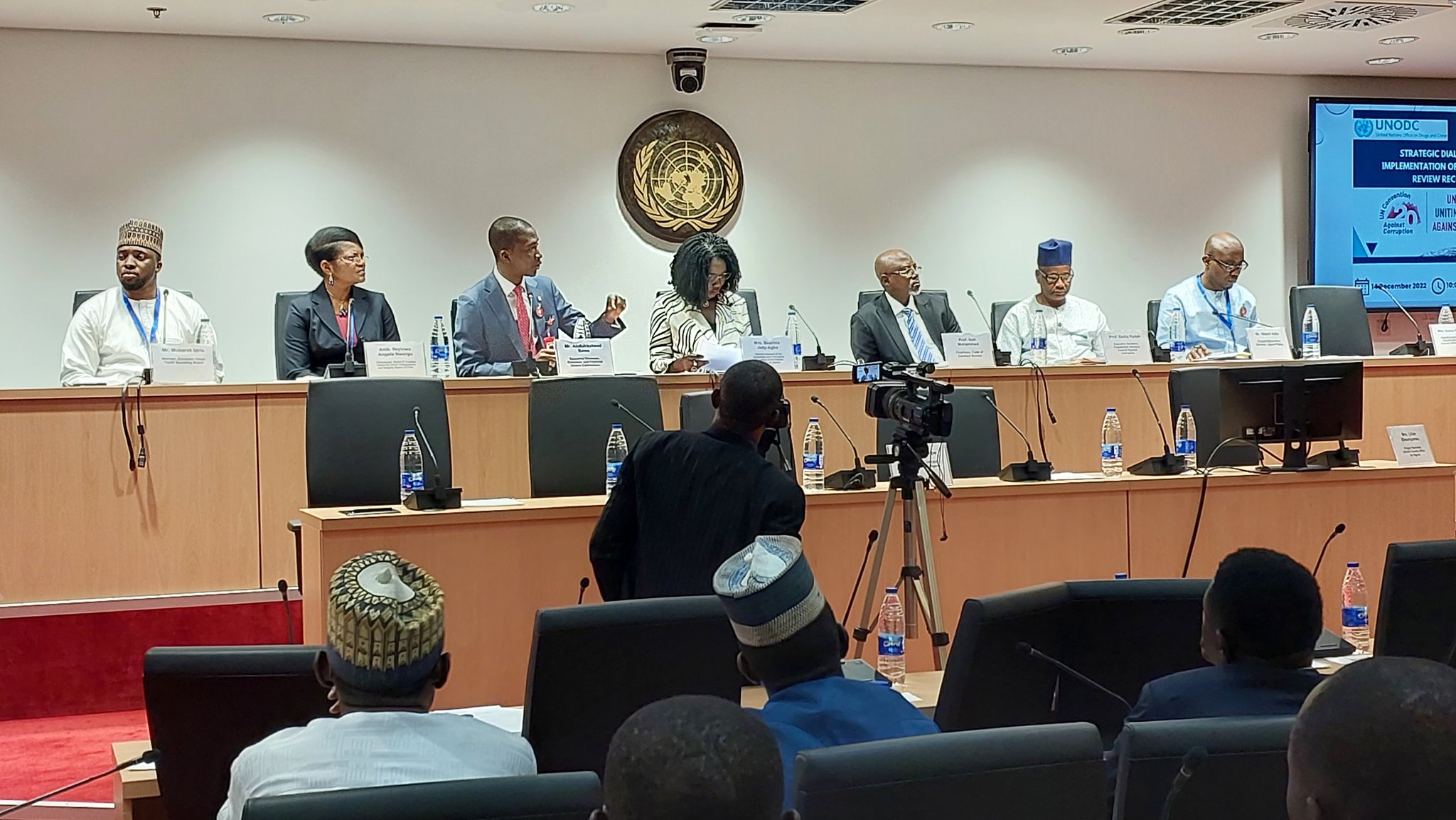 As part of the events to commemorate the International Anti-Corruption Day Celebration (IACD), the United Nations Office on Drugs and Crime (UNODC) Nigeria organized the session on Nigeria’s Implementation of the 2014 and 2019 United Nations Convention Against Corruption Review Recommendations.

From the review report, Nigeria has complied and made progress, attaining an average score of 59% with the 65 recommendations across four chapters of the Convention namely: Preventive measures (16), Criminalization and Law Enforcement (26), International Cooperation (18), and Asset Recovery (5).

While addressing the session, Oliver Stolpe, the UNODC Country Representative described Nigeria’s performance in the years under review as impressive, given the institutional, legal and operational frameworks and strides Nigeria has made. Oliver noted that the nation’s investment in the fight against corruption is making gains, but called for more stakeholders’ actions on corruption prevention measures where the nation’s made the least progress.

Amb. Angela Nworgu, the Center’s BoT Chairman represented the Center at the panel discussion which also had the Executive Chairman of the EFCC, Abdulrasheed Bawa, the Solicitor-General of the Federation and Permanent Secretary of the Federal Ministry of Justice, Beatrice Jeddy-Agba, Chairman of the Code of Conduct Bureau, Prof. Isah Mohammed, the Executive Director of the Agora Policy, Waziri Adio, the Executive Secretary of the Presidential Advisory Council Against Corruption, Prof. Sadiq Radah and Member of the European Union Youth Sounding Board, Mubarak Idris.

The panelists were unanimous in calling for a behavioral rebirth and mindset shift among the citizenry and the public service to stem the occurrences of corruption. It is the belief of stakeholders that until the remote and actual triggers of corruption are identified and addressed from the root, corruption prevention may continue to be an uphill task for stakeholders.

Stakeholders also recommended the general strengthening of corruption sanctions regimes and the enhancement of systems and institutions that would make corruption difficult to perpetuate.

As posited by Amb. Nworgu during the panel discussion, the Center is committed to working with relevant stakeholders towards ensuring that mechanisms that promotes transparency and accountability are entrenched in the nation’s public service.

Supporting the implementation of the National Anti-Corruption Strategy in the past (2017-2021), the Center is poised to working with the coordinating Ministry of Justice to seeing that the renewed strategy which is in force till 2026 is fully implemented across board.