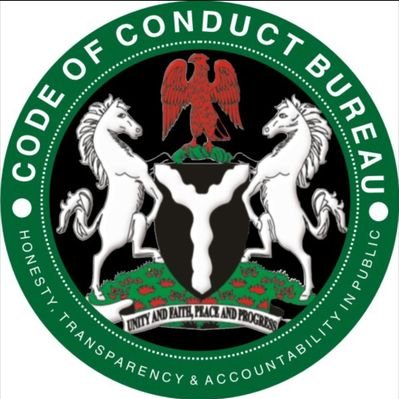 Across major cities, fuel queues continue to bite harder, and the multiplied effects on the ordinary citizen are better imagined, as quality manhour continue to be wasted. In retrospect, product scarcity and speculations about increase in pump price introduces inflation, as prices of commodities and basic necessities in the market suddenly skyrocket, and Nigerians are usually condemned to live with the resultant high cost of living, even when the PMS crisis stabilizes.

It is important to note that at the root of the current crisis is systemic corruption in the industry sector. In fact, the current product scarcity is also an opportunity for some actors in the industry (who are mostly under government payroll) to profiteer and sabotage the system. This intervention, however, is not about corruption in the petroleum industry, but it should be emphasized that the factors and reasons adduced for the lingering crisis have direct relationship with history of wanton embezzlement of oil dollars by leaders, with little or nothing done by relevant agencies to hold leaders accountable for their sudden wealth.

The oil sector is not alone in the nation’s corruption profile. Recently, the Accountant General of Federation was suspended over alleged N80 billion fraud case. Also, audited reports by the Audited General of the Federation (AuGF) over the years have shown several infractions in the activities of MDAs; in fact, the 2018 report recorded infractions of over N105 billion along six cross-cutting audit areas by MDAs, including failure to remit revenues, contract scams, procurement frauds, irregular payments, among others. Needless to add, the incessant and lingering strike by the Academic Staff Union of University (ASUU), as well as the rising insecurity across the nation is not unconnected with systemic corruption in these sectors that has continued unabated.

Fundamental to the fight against corruption is the need to consciously invest and focus on corruption prevention, rather than the mostly reactive approaches adopted by several anti-corruption agencies. One of the agencies set up by law to champion mechanism at preventing undue accumulation of wealth by public officers is the Code of Conduct Bureau (CBB).

A visit to the website of the Bureau is a copious display of its mandate which is that it was established to “maintain a high standard of public morality in the conduct of government business and to ensure that the actions and behavior of public officers conform to the highest standards of public morality and accountability.”

The Bureau also draws its operations from section 3, part of the Third Schedule to the 1999 Constitution of the Federal Republic of Nigeria as amended, and is mandated to receive declarations by public officers under paragraph 12 of part 1 of the fifth schedule to the constitution.

The corruption preventive roles of the Bureau is shouldered by the “Education and Advocacy Services” department, which has, as part of its responsibilities, promote the cause of probity in government and the advancement of an educational system that motivates and stimulate positive moral and social values.

Likewise, the Intelligence, Investigation and Monitoring department is saddled with the responsibility of gathering intelligence reports on public officers; their assets and lifestyles; handling all matters relating to security, screening of public officers for political appointments, national awards, etc; monitoring all negative social trends that impede morality and accountability in the conduct of government business; collaborating with anti-corruption based civil society organizations; faith based organizations etc. to monitor the behavior of public office holders in the conduct of government business, among others.

However, a quick check with the website of the Bureau, like several other government agencies, is enough insight on how the Bureau has failed in its role as an anti-corruption crusader in the nation’s public sector.

For instance, it is unacceptable that the last updated post on the Bureau’s website was on the 8th of October 2021 when the Bureau launched an “Explanatory Manual on the Code of Conduct for public officers;” needless to say that the last updated tribunal case was the landmark case that involved the former Senate President, Bukola Saraki, about seven years ago (2015).

Although there have been a few reported cases involving the Bureau on Asset declarations, these reports are a far cry when compared to the Bureau constitutional burden of spearheading and championing the highest level of morality and decency in the nation’s public service. As an umpire established to advocate for integrity and accountability in the public sector, the Bureau is also expected to monitor and ensure compliance by public officers with the provisions of the Act.

As the nation prepares for the 2023 general elections, one wonders how many serving politicians aspiring for public offices have publicly declared their asset, as required of them by the Constitution and Section 15 (1a-c) of the CCB Act. To say that the very fabrics of our public service’s decency and accountability is fast collapsing is to put it mildly. Public servants, especially political office holders amass wealth within 4-8 years of their tenures in offices, and the Bureau has failed to crack the whip to deter other office holders from acting corruptly in the future.

The Bureau must be seen to be exemplary in all matters of public sectors accountability and transparency. Willful disregard for extant laws on information accessibility, human resources, budget and audit report, citizens engagement on their website cannot be excused. Little surprise, the Bureau with 8.13 score, ranked 310 out of 483 MDAs assessed by the Center for Fiscal Transparency and Integrity Watch’s 2021 Transparency and Integrity Index (TII) report. Consequently, the Bureau has lost every moral ground and justification to demand those principles of accountability, transparency and integrity from other MDAs.

It is no longer news that the bourgeoning impact of institutional failures in the fight against corruption are damning. The leadership selection process presents another opportunity to demand accountability from the system. The CCB must wake up to its responsibility of ensuring that politicians honestly declare their assets; and the current assets of those who have, and will soon complete their tenure in office should be assessed to check illicit accumulation and diversion of public funds and resources for personal use.

It must be stated that until the public service is reformed to exhibit and maintain high standard of public morality in the conduct of government businesses, which is at the core of the responsibility of the Bureau, the fight against corruption will remain elusive.