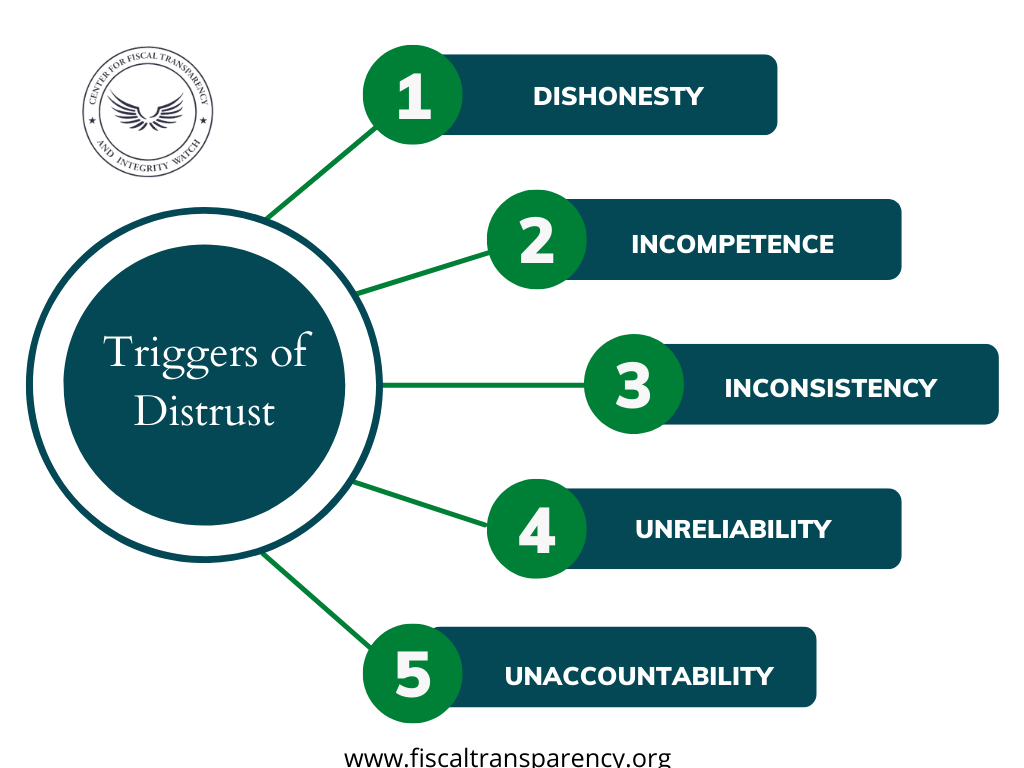 At the Center for Fiscal Transparency and Integrity Watch (CeFTIW) weekly twitter spaces, guest experts and participants have unanimously decried the widening trust gap in governance over the years, noting particularly that the government has not lived up to its expectations and commitment to the education sector, the consequence of which is the ongoing industrial actions by the Academic Staff Union of Universities (ASUU).

This was as participants equally called on the ASUU to shift ground, and focus on other areas of autonomy that would be important to the growth of university education in the country.

Speaking for the Union, Dr. Happiness Uduk, ASUU Chairperson, University of Uyo branch, argued that the struggle of university lecturers over the years has been to better the university system. She said that the Union is altruistic and not seeking for just the selfish interest of its members as has been speculated, adding that the Union’s struggle and actions are the reasons for the level of infrastructural development in most government owned universities in the country.

While calling on stakeholders to support the cause of the Union, which she said is to reposition the nation’s university education, she said that the Union is not insensitive to the plights of Nigerian students, but its actions are in response to government lack of commitment to the Union demands since 2009.

Responding to the issue of trust gap in governance in relation to the ASUU crises, she said: “this trust deficit essentially stems from government’s inability to honor its own part of the bargain. When I say bargain, I mean various agreements and Memoranda of Understanding, and then the last Memorandum of Action that was entered into in December 2020 between the ASUU and the federal government that saw to the suspension of the nine months strike that was embarked upon by the Union.”

Dr. Uduk explained that the government has consistently failed to look into the agreement it entered with the Union, adding that governments has not shown enough commitment to end the current strike action, accusing the government of misplaced priority.

In his global perspective to the conversation, Dr. Nasir Aminu while condemning government’s lack of commitment to its own promises to the academic staff, observed that the 2009 agreement is no longer realistic on several grounds.

He identified areas of academic autonomy, which would give the Union control over students admission, academic content and curriculum, and best practices in quality assurance to guarantee the integrity of the system. He added that staffing and organizational autonomies would also allow the Union decide on the quality of lecturers to be recruited into the system, prioritize the welfare and growth of its members, and allow for greater control over internal academic structure.

Dr. Aminu said that universities are positioned to create an engine room for development, as they serve as knowledge and human capital resource centers for economic development, and urged the nation’s academics to focus on areas that would drive and promote innovation.

He warned that putting the financial burden of running the university education on the students is a recipe for disaster, and would mean that only the children of politicians, whose children are already being sent abroad for education, would be able to afford education.

On his part, the National Public Relations Officer, National Association of Nigerian Students (NANS), Comr. Victor Ezenagu also appealed to the ASUU to shift ground, noting that Nigerian students are at the receiving end of the incessant strike actions. Referring to the failure of the ASUU and the federal government to broker an agreement, he decried: “Our two parents are not being sincere to themselves, both ASUU and the federal government are part of Nigerians, and can both attest to the current economic situation.”

Jonah Uket, the Program Manager of the Center also called on other stakeholders to take responsibility and be committed to the development of education in the country. He noted that funds voted by the federal government through the Universal Basic Education Commission (UBEC) to state governments have failed to significantly impact basic education.

While reiterating the need for state government and other stakeholders to support the growth and development of education at all level, Uket urged the government to comply with the UNESCO education funding benchmark for developing countries which recommended that 15 to 20 percent of annual budgets be earmarked for education.

At the Center, we strongly believe that the government must consciously work to rebuilt trust in order to earn citizens support for effective implementation of well-meaning policies. Policies such as the removal of the fuel subsidy to develop the nation’s infrastructures for instance, are rejected because the people have lost confidence in the government to keep to its promises.