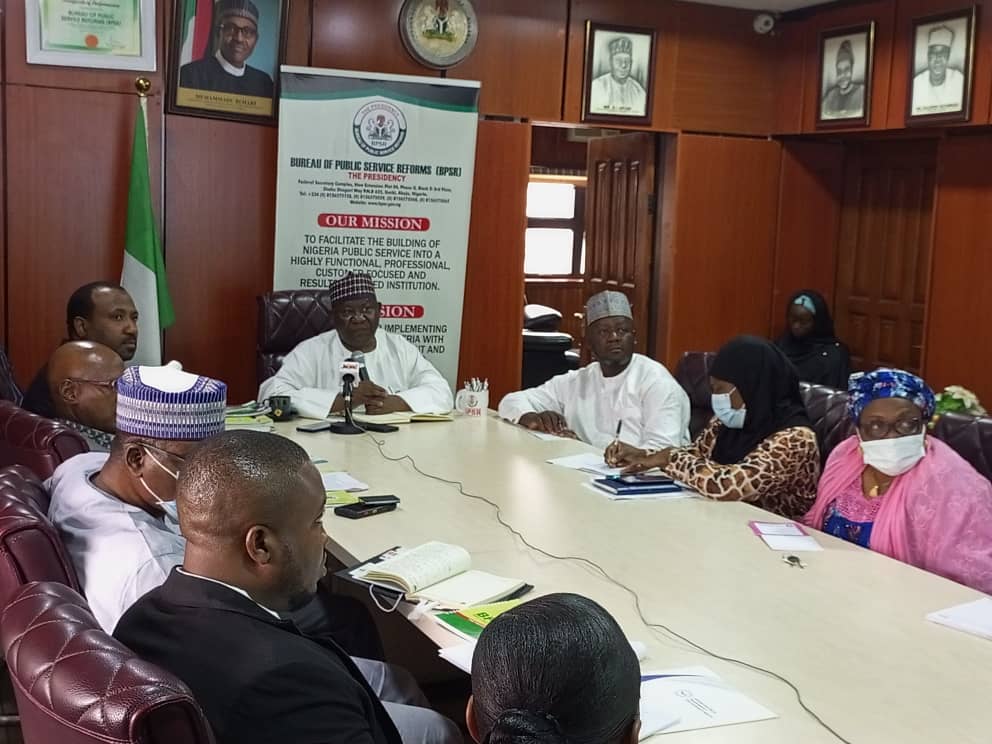 In recognition of the importance of data and public sector reforms to national development, the Center for Fiscal Transparency and Integrity Watch (CeFTIW) and the Bureau of Public Service Reforms (BPSR) have identified strategic areas of partnership towards the promotion of transparency and accountability.

These areas of partnership were identified when, in furtherance of its advocacies to critical stakeholders, the Center paid a courtesy call on the Director General of the BPSR.

Speaking during the visit, the Executive Director, Umar Yakubu said that the public service is crucial in the developmental aspirations of any nation, and noted that the Center, through its Transparency and Integrity Index (TII) has continued to support efforts at combating public sector corruption.

“The Center’s Transparency and Integrity Index (TII) initiative is designed to monitor and promotes measures of fighting corruption and the lack of accountability and transparency in the nation’s public sector.

“The TII ensures and insists that MDAs obey extant laws on information sharing as provided for in the Freedom of information Act (FOIA) which would promote culture of transparency in the system,” Umar said.

The Executive Director added that reforming the public service in line with international best practices and Open Government Partnership (OGP) such as the BPSR is doing is a welcome development, and he pledged that the Center would support the Bureau where needed.

Responding, the Director General of the Bureau, Dasuki Arabi assured the Center of his organization’s willingness to partner with the Center towards promoting transparency and accountability in the public service. He commended the Center for the TII project, saying that it is a laudable initiative that would support the fight against public sector corruption.

While also pledging to ensure that there is improved ranking for Ministries, Agencies and Departments (MDAs) in subsequent editions of the TII, Arabi pointed out that the BPSR has invested hugely in public sector reforms which has resulted in the nation’s positive international outlook in some indexes.

In line with the Bureau four pillars of national strategy for public service reforms, which include enabling institutional and governance environment, enabling socio-economic environment, public financial management reform, and public service administration reform, Arabi said that the Bureau has work with stakeholder to “promote OGP and effective implementation of National Anti-corruption Strategy,” and successfully conduct studies in the implementation of efficiency, production, integrity and citizen-centred services; and on the contribution of MDAs in creating business friendly environment.

He seized the opportunity to call on other civil society organizations (CSOs) to emulate the Center in driving reforms and policies implementation.

Also at the courtesy call, a member of the Board of Trustees, CeFTIW, AIG Muazu Zubairu, rtd. mni, called for the need for government to implement important reforms aimed at repositioning the nation’s security architecture for efficiency. He added that public service reforms can be effective to the extent that there is peace and security in the land.