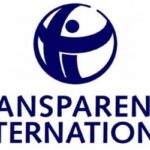 Nigeria is ranked 154 out of 180 nations in the country comparison, down five places from the 2020 record.

It is Nigeria’s second consecutive year of a downward spiral on the TI’s CPI ranking – both in points and in position. The country’s score dropped from 26 in 2019 to 25 in the 2020 assessment, and further to 24 in the latest 2021 report.

The CPI is TI’s tool for measuring the levels of corruption in the systems of various countries around the world. The maximum points a country can score is 100 points, and the least is zero. Zero signifies the worst performing countries and 100, the best-ranked.

However, the outcome bolstered critics’ claims that, despite the President Muhammadu Buhari administration’s anti-graft pledges, Nigeria’s public sector remained a hotbed of corruption.

Auwal Rafsanjani, TI’s country representative, in a statement issued on Tuesday, said there was a need to investigate high-profile political cases including those of individuals who have switched political affiliations.

The CPI result, he said, comes at a time when the country is grappling with rising nationwide insecurity, high unemployment, and damning revelations about public finance management.

The score, according to the organization, does not reflect specific instances of corruption in the country, but rather the perception of corruption.

The country representative also stated that the Nigerian judiciary has to speed up its decision-making process.

According to him, anti-graft authorities’ morale is harmed by the delay in dealing with high-profile cases of corruption.

“It is also important for the National Judicial Council (NJC) to ensure that
judicial officers appointed are competent and qualified. The NJC should shun nepotism in its appointment of Judges and also when it undertakes disciplinary actions against Judges.

“While we commend the arrest of cybercriminals and call on the anti-graft agencies to do more, there is a need to investigate high profile political cases including those of individuals who have switched political affiliations.

“A case in point is the Pandora Papers revelations which is one of the biggest ever corruption leaks led by the International Consortium of Investigative Journalists (ICIJ) and over 600 journalists from 117 countries, including Journalists from Nigeria’s Premium Times.

“A close look at the Pandora Papers published in 2021 reveals that Nigeria tops the African continent when looking at the number of those exposed. Following the pattern of two previous leaks (i.e., the Paradise Papers and Panama Papers, which were released in 2016 and 2017, respectively), the Pandora Papers exposes systems and secrecy jurisdictions that enable and abate crime, corruption, and illicit dealings by politicians, billionaires, influential individuals, and their enablers globally.

“Since its release on October 3, 2021, Nigerians are yet to see any action or get answers from anti-graft agencies whose work has been made easier by the diligent reporters from Premium Times which highlighted stolen or suspiciously acquired assets to be investigated. With the elections fast approaching, and the response.

“Since its release on October 3, 2021, Nigerians are yet to see any action or get answers from anti-graft agencies whose work has been made easier by the diligent reporters from Premium Times which highlighted stolen or suspiciously acquired assets to be investigated. With the elections fast approaching, and the response.”

In the last five years, three landmark leaks tagged Panama Papers, Paradise Papers, and Pandora Papers, have fingered public officers suspected to have held offshore assets in tax havens in breach of the asset declaration regime and Nigeria’s tax regulations. But no serious investigation has been carried out let alone having culpable persons charged or securing their conviction.

Like the Panama and Paradise Papers of 2016 and 2017 respectively, Pandora leaks exposed at least 10 prominent personalities, some of whom are ex-public officers and serving ones who hid their wealth offshore to evade tax.

In August 2016, the presidency, speaking through the Code of Conduct Bureau, claimed that it had started an investigation of present and past government officials linked to the scandal but nothing has been heard.

Ene Obi, the country director of ActionAid Nigeria, in a report by Vanguard newspapers, said that the government’s failure to seize the bull by the horns and ensure those found guilty were dealt with according to the law is to blame for Nigeria’s high level of corruption and low ranking on the 2021 CPI report.

“From the Civil Society angle there is so much we can do and there are things we cannot do. We need government reaction or action because their inaction can result in a lot of things and to be able to move the Perception Index we need activities on the ground,” she said.