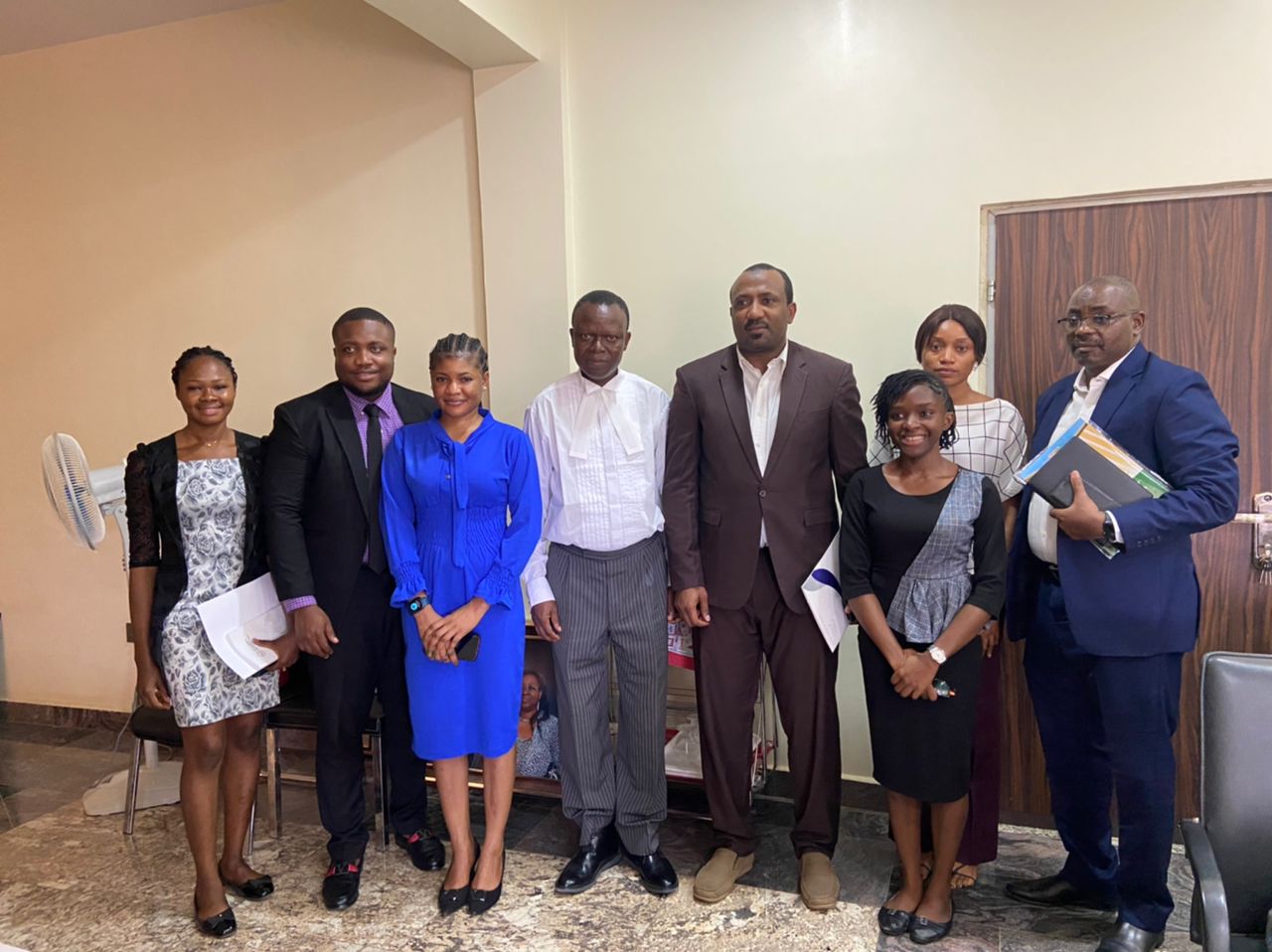 At a courtesy call on the President of the Center for Socio-Legal Studies (CSLS), Prof. Yemi Akinseye-George, SAN, the Center for Fiscal Transparency and Integrity Watch (CeFTIW) has forged strategic partnership in areas of scientific data sourcing and knowledge sharing towards strengthening legal and institutional capacities for proper enforcement and implementation of extant laws.

The Executive Director of the Center, Umar Yakubu noted that the Center relies heavily on data to carry out its advocacies, and look forward to sharing knowledge with the CSLS in order to ensure compliance with relevant laws on anti-corruption and the promotion of best practice in the nation’s public sector.

Yakubu also said that collaboration with the Center would consolidate efforts at promoting and entrenching principles of open governance, transparency and accountability in governments’ businesses as required by national laws and international treaties.

“The more transparent a government is, the better and stronger the democracy,” Yakubu said.

Reacting, Professor Yemi welcomed the collaboration with the Center, and said that the Center’s fight against corruption and advocacies to promote public sectors transparency and compliance with extant laws align with the CSLS’ efforts over the years.

He said that the CSLS successfully pushed for the passage of the Administration of Criminal justice Act, and has continue to advocate for its adoption across states of federation.

The professor of public law decried the lack of transparency in the workings of government, and described the Center’s interventions and civil engagement as “fantastic”, and hoped that his Center would learn and share ideas on data sourcing.

The Senior Advocate of Nigeria while specifically commending the Center’s 2021 Transparency and Integrity Index (TII) report as an important data on public sector transparency, called on policy makers to place more value on scientific data. He added that sustainable and meaningful development can only happen when government policies are based on data.

Speaking on law enforcement vis-à-vis the current challenges of insecurity, Prof. Akinseye-George held that there is an urgent need to decentralize law enforcement in order to bring security closer to the people. While not speaking in support of the current clamor for state police because of the jurisdiction challenges that may arise at the point of implementation, he said that the current security structure can no longer guarantee the safety of Nigerians.

Prof. Akinseye-George noted that the nation’s current struggles would birth a better society if the leaders and citizens can cooperate to fix and resolve the problem of insecurity.