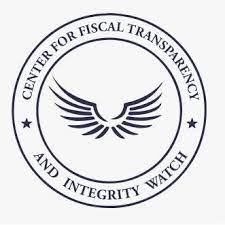 Over the weekend, the Nigerian Upstream Petroleum Regulatory Commission, (NUPRC) disclosed that the nation had lost $3.27 billion (about N1.36 trillion at official rate of N416.25) worth of oil to vandalism and oil theft in the past 14 months. NUPRC is raising the alarm in the wake of ongoing scarcity and high product landing cost, which is threatening the nation’s economic existence, as oil companies are now considering transporting crude oil from fields to export terminals by trucks.

The report is coming days after our guest expert, Mr. Olabode Sowunmi, at the Center’s weekly Twitter Spaces engagement, interrogated issues around the lingering petroleum product scarcity. He disclosed how unsustainable business has been for oil companies due to theft and vandalism, forcing some International Oil Companies (IOCs) to shut down operations.

The Chief Executive of NUPRC, Gbenga Komolafe during his presentation to stakeholders, said that much of the crude oil losses came from Bonny Terminal Network, Forcados Terminal Network and Brass Terminal Network; and announced that the government is extremely worried about the huge loss of oil revenue to criminal operations. He attributed the inability to meet OPEC quota production to inadequate security, poor surveillance, poor community engagements, exposed facilities and stakeholders’ compromises.

Consequently, IOCs have been overwhelmed, with many already moving to the deep offshore region, while indigenous firms contend with rising operational expenses driven mostly by personnel, maintenance and security costs, the report has revealed.

The raging oil theft is coming when, two years ago, the Nigerian National Petroleum Company (NNPC) Limited announced plans to reduce the cost of oil production to about $10 per barrel. The cost according to NUPRC is at least $32 a barrel today; making the country one of the highest in crude oil production in the world.

The theft and vandalism in the sector is also on the spotlight despite the NNPC reporting that it spent N32.56 billion on pipeline security and maintenance in the first seven months of 2021, over and above the N29.6 billion budgeted for the entire year.

It is disturbing that huge amounts to the tune of N32.56 billion was spent on pipeline security and maintenance in seven months alone, yet, vandals and criminals continue to have field days.

At a monthly and daily loss of $233.99 million and $7.72 million respectively, the nation’s oil industry has become unsustainable and in comatose, severely affecting government and oil companies’ revenue; hence, there is need for  immediate actions and explanation from relevant stakeholders, , under whose watch, these criminal activities have continued to fester.