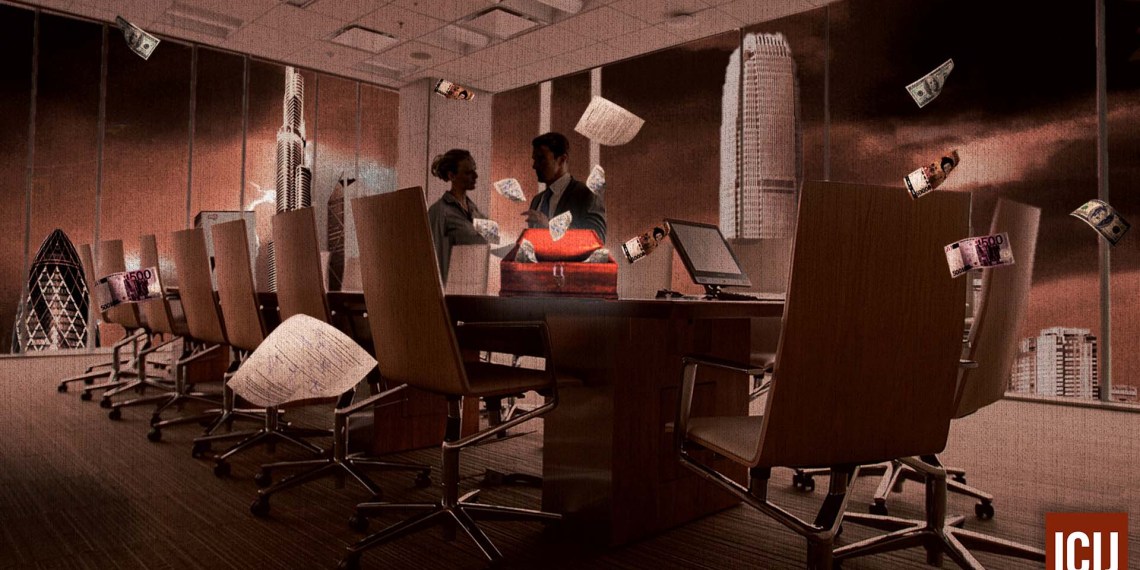 The Pandora Papers series is launching more than five years after the Panama Papers revelations of 2016. That investigation exposed offshore companies linked to more than 140 politicians in more than 50 countries.

A new global investigation exposing the offshore hideaways of some of the world’s most powerful personalities is launching today after two years of discreet work by investigative journalists around the world.

The project, known as Pandora Papers, is facilitated by the International Consortium of Investigative Journalists (ICIJ), which obtained a trove of 11.9 million confidential files. The reporting, which is still ongoing, involves more than 600 journalists from 150 news organisations around the world.

The collaboration has so far revealed the financial secrets of not less than 35 current and former world leaders, more than 330 public officials in more than 91 countries and territories.

The leaked files were retrieved from 14 offshore services firms around the world that set up shell companies and other offshore entities for clients, many of them influential politicians, businesspersons and criminals, seeking to conceal their financial dealings.

PREMIUM TIMES is the only Nigerian newspaper participating in what has now been dubbed the biggest journalism partnership in history.

The stories we will publish in the days to come will reveal how some of the most influential Nigerians – a former Chief Justice of Nigeria, current and former state governors, past and present lawmakers, businesspeople, a popular pastor and many others – set up shell companies, and sometimes warehouse huge financial assets, in notorious secrecy jurisdictions.

Our stories will also show how some of these individuals flout extant laws and legislations as they hide these assets, some of which have attracted the interest of law enforcement agencies in the UK and elsewhere.

In an era of widening authoritarianism and inequality, ICIJ said “the Pandora Papers investigation provides an unequalled perspective on how money and power operate in the 21st century — and how the rule of law has been bent and broken around the world by a system of financial secrecy enabled by the U.S. and other wealthy nations.”

“In popular imagination, the offshore system is often seen as a far-flung scattering of palm-shaded islands. The Pandora Papers show that the offshore money machine operates in every corner of the world, including financial capitals of the richest and most powerful economies,” the ICIJ added.

“Large numbers of public officials and mega-wealthy individuals — who in some cases are one and the same — use the offshore system to manage, move and, often, hide their wealth. They play by different rules from the rest of humanity, in a game of intrigue and privilege that fuels crime and corruption and entrenches the power of the world’s economic and political elites.

“The Panama Papers came from the files of a single offshore services provider: the Panamanian law firm Mossack Fonseca. The Pandora Papers shine a light on a far wider cross-section of the lawyers, middlemen and fixers who are at the heart of the offshore industry.

“The Pandora Papers lay bare the finances of many more country leaders and public officials than did the Panama Papers and provide more than twice as much information about the ownership of offshore companies. In all, the new leaks uncover the real owners of more than 29,000 offshore companies the owners come from more than 200 countries, with the largest contingents from Russia, the U.K., Argentina, China and Brazil.”

The Pandora Papers Vs Panama Papers

The Pandora Papers series is launching more than five years after the Panama Papers revelations, which were published in 2016. That investigation exposed offshore companies linked to more than 140 politicians in more than 50 countries – including 14 world leaders.

It also uncovered offshore hideaways tied to mega-banks, corporate bribery scandals, drug kingpins, Syria’s air war on its own citizens and a network of people close to Russian President Vladimir Putin who shuffled as much as $2 billion around the world.

In the course of that investigation in Nigeria, PREMIUM TIMES published more than 30 stories, with damning details revealing the secret offshore asset of many prominent Nigerians.

It is not illegal for Nigerians who are not public officers to own offshore accounts, and many prominent businesses do have them. However, some public officials found to have accounts did not disclose them as expected by law.

This newspaper’s investigations revealed the secret offshore assets of Senate President Bukola Saraki and his wife Toyin; as well as those of Mr Saraki’s predecessor, David Mark.

It also revealed how the late governor of Bayelsa State, Diepreye Alamieyeseigha, began looting his state and hiding public funds in offshore structures and how a former governor of Delta State, James Ibori, organised the stealing of the oil-rich state’s fund via offshore companies.

The investigations also revealed a network of shell companies in offshore tax havens linked to Africa’s richest man, Aliko Dangote, and his brother, Sayyu Dantata; as well as the offshore companies of Wale Tinubu, the chief executive of Nigeria’s biggest indigenous oil company, Oando Plc, among others.

Similarly, the stories also exposed the secret offshore company of one of Africa’s most influential televangelists, Temitope Joshua, popularly called T.B Joshua, who died in June.

Other top business persons, politicians, and their family members were also found in the infamous database, including those who were then holding public offices.

The revelations sparked outrage across Nigeria, with activists, civil society organisations, the labour movement and the general public calling for extensive probes of those mentioned. But none of the violators has so far been prosecuted or sanctioned.

“The Pandora Papers series will be even more revealing,” Nicholas Ibekwe, PREMIUM TIMES head of investigations, said. “We hope the Nigerian authorities will take appropriate actions this time around to sanction those proven to have violated our laws.”