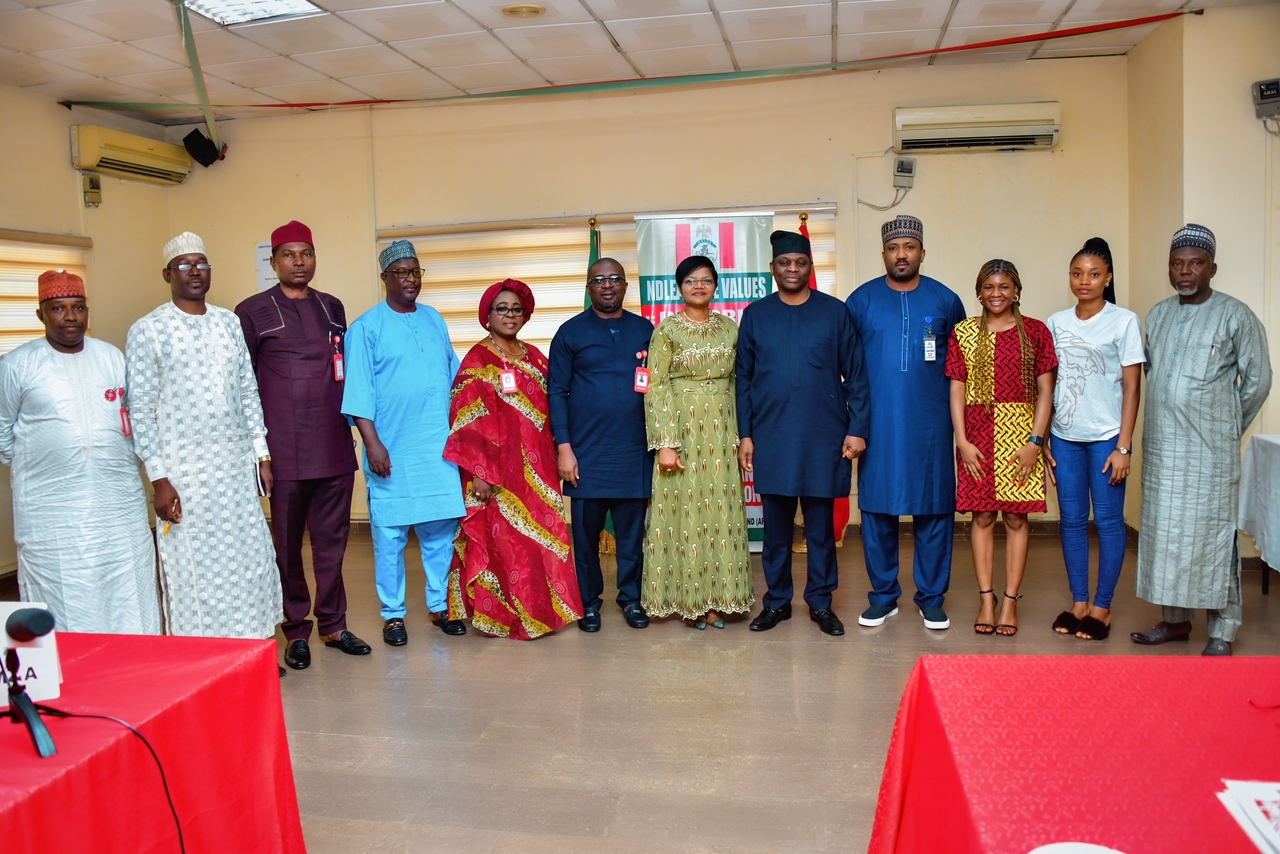 Received in audience by the Secretary, Shadrach Usman Haruna, the Center has forged a partnership with the National Drug Law Enforcement Agency (NDLEA) to further its efforts to counter organized crime in Nigeria through sustained advocacies and deploying of technological solutions.

Amb. Angela Nworgu, while speaking during the visit, said that the NDLEA is a strategic agency in the fight against one of Nigeria’s prevalent crimes and acknowledged the Agency’s preventive measures in winning the battle against drug trafficking and related crimes. She therefore sought collaboration with the Agency to further drive advocacy in countering organized crimes across the country.

While explaining the Center’s efforts in countering organized crimes including developing a portal that hosts useful information, the Executive Director, Mr. Umar Yakubu added the website would have automated visualizations of real-time insights on organized crime across the country that would provide a comprehensive understanding of the issues, thereby allowing for more informed decision-making by relevant stakeholders to prevent occurrence.

Umar also noted that the Center in recognition of the need to be more inclusive in the fight against organized crime, has also developed a tool for youth with emphasis on youth corps members and secondary school students to take voluntary aptitude tests on Organized Crimes such as drug trafficking, financial crimes, arms trafficking, human trafficking, environmental crimes, among others. The tool is a valuable resource for young citizens to inculcate the right values and create awareness on the effects of organized crime on self and national development.

The visit, he said, will be mutually beneficial, and will result in sharing of knowledge/resources to enhance advocacy to prevent and de-escalate organized criminal activities within the sub-region.

Responding, Shadrack expressed delight in the work of the Center and emphasized the Agency’s openness to collaborating with civil society organizations (CSOs) in order to strengthen efforts in combatting drug trafficking and all other organized crime.

While noting that the reliance on only publicly available information as the major source of data collection for the Center’s organized crime portal may be limiting as not all data pertaining to drug and other substance trafficking may be available in the public domain, he offered the support of the Agency’s Director of Research, Planning and Statistics to further enrich the portal with data.