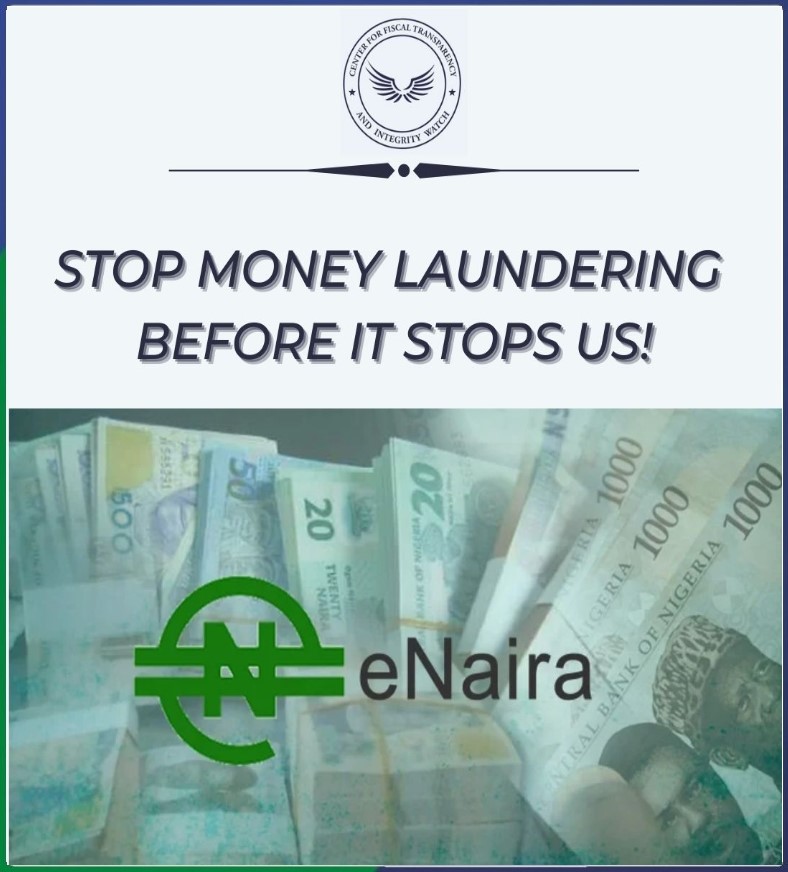 Currently estimated at 2-5 percent of global Gross Domestic Product or $800 million – $2 trillion yearly according to the United Nations Office on Drugs and Crime (UNODC), an industry expert, Dr. Kazeem Bello has said that the Central Bank of Nigeria, through its multiple exchange rates policy, and commercial banks’ complicity have contributed to aiding money laundering in the country.

The UNODC sees Money laundering as “the conversion or transfer of property, knowing that such property is derived from any offense(s), for the purpose of concealing or disguising the illicit origin of the property or of assisting any person who is involved in such offense(s) to evade the legal consequences of his actions”.

To this extent, Bello, a banking and financial expert, who practiced in the Nigerian banking sector for over a decade, said CBN’s failure to monitor activities of commercial banks contributes to fueling cases of money laundering that the country has recorded.

Bello made these submissions at a program organized by the Center for Fiscal Transparency and Integrity Watch (CeFTIW) in partnership with the Nigerian American Public Affairs Committee (NAPAC), and noted that through money laundering financial structuring which may involve layering away and integrations, Nigerians diaspora remittances are blown out of proportion.

The U.S. based expert explained: “The CBN issued dollar to a typical bank at 420 naira; when the bank is going to CBN to source for foreign exchange, the bank is going to CBN with a document called a Pre-advise Form “M”, which is what their customers submitted to them. When customers submit those forms to them to import raw materials or whatever the dollars is needed for, the CBN sells dollars to them at 420 to a dollars, but most Nigerian banks, instead of allocating those monies to the customers, would take those monies, which are domicile in their correspondent banks abroad, route it through an integration process, which is complex process, and later on put the money through a “swift system”, and bring the money back to Nigeria.

“When the money is coming back to Nigeria, it is coming as a regular transfer which someone in diaspora is trying to transfer to Nigeria. So when the money comes back to Nigeria, it comes in as a remittance, because it has been integrated; and the bank gives the money out to people that would change it at 560. That’s typical money laundering, because all the exchange differences and profiteering goes to benefit an illicit operations and this has been one of the major reasons why the Naira devaluation will never see an end of the road.”

Bello described money laundering as “human nature”, saying that “potentially, people would want to take advantage of any situation they find themselves, or any opportunity they have coming their way for selfish reason,” and blamed the financial system for some cases.

He said that the illicitly structured financial operations technically lead to over-inflation, adding that gains from budget padding, tax evasion by corporate bodies are potential money laundering chess in the country.

“The recent case with MTN and the FGN when the company illegally and illicitly shipped billions of dollars out of Nigeria in a sensational capital flight transfers is one example. Those funds were technically moved using financial integrations and underreported revenue and tax evasion,” Bello cited.

He noted that money laundering incidences have increased astronomically in recent years due to growth in technology, and in Africa, because of the lack of institutional checks and balances and the complicity of African leaders who amass wealth and launder them abroad.

“In actual fact, money laundering in 2017 was a little over 700 million dollars, but has grown significantly to $2 trillion; and the reason for that is because of the phenomenal growth and explosion in the use of crypto technology, represented by block-chain,” he explained.

He said that the solutions lie with strengthening technology acquisition and requisite laws in Nigeria. Bello stressed that the country must urgently harmonize the use of technology and laws to track how monies are moved from Nigerian banks to correspondent banks abroad, and called for collaborative efforts between law enforcement agencies and Nigerians in Diaspora, who may volunteer useful information under the whistleblowing policy.

“NAPAC can also influence collaboration between U.S. and local authorities in order to track illicit financial dealings and address them. This should also include genuine collaboration and seriousness on the part of the Government in Nigeria to work with institutions abroad or in the US to assist in addressing the fast growing spate of money laundering resulting in massive capital flight from Nigeria.

“The system in the U.S. is so super structured that they can easily identify money laundering schemes, but they can’t do much, besides flagging some of the suspected accounts, as long as the country where the money is coming from is not complaining”, Bello added.

The Center also called for the intervention of international instruments such as the EGMONT Group, Financial Action Task Force (FATF) and the United Nation’s International Money Laundering Information Network (IMoLIN) to combat high level incidences of money laundering in the country.