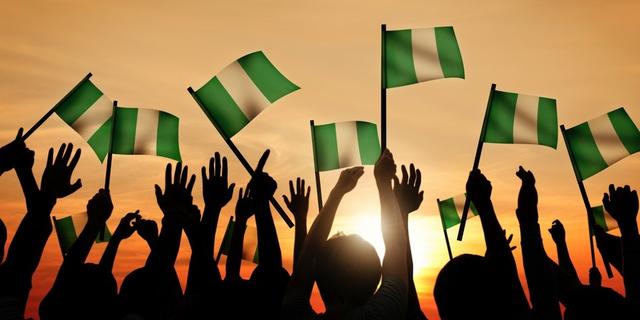 These concerns and calls were made during a Twitter Spaces conversation organized by the Center for Fiscal Transparency and Integrity Watch (CeFTIW) with the theme: “The Transparency Questions in Political Parties Sources of Funding Ahead of Official Campaign Season,” with speakers noting that there is the need to monitor and track the source of fundings for political parties to improve transparency and accountability in line with the electoral law.

In his contribution, a Public Policy Expert and an Academic, Dr. Nasiru Aminu pointed out that money is an important factor in running a successful campaign, as it is required to propagate ideas, solicit votes, and cater for logistics; but noted that sourcing and spending money for campaigns should be done transparently as it is obtainable in established democracies.

“Across the globe, there are best practices we can follow, and the electoral law is also clear on donations to political parties,” he said; citing the UK’s Political Parties Election and Referendum Act (PPERA), 2000 which specifies the amount of money that a political party can receive as donations for a campaign.

The Economist said that the practice in Nigeria is porous and encourages illicit use of money to determine outcomes of polls, which in the long run leads to embezzlement of public funds, as politicians would naturally want to compensate for their financial investment in politics when elected.

The position of the law

Citing Sections 85-90 of the Electoral Law 2022, Titilope Anifowoshe Esq., the Executive Director, Eagles Foundation for Humanity said that the law is explicit about how much politicians and political parties can spend for their campaigns, and the way to go about sourcing political campaign funding.

Speaking directly to the debate about diaspora funding of political parties and aspirants, Anifowoshe said that Section 85 addresses the issue and forbids foreign donations. Although she expressed concern that the law is silent on whether Nigerians who live in the diaspora are classified as foreigners. She equally stated that Section 88 places a ceiling on campaign spending limits on all offices in the land, and how much individuals and corporate entities can donate to an aspirant, but bemoaned that the current reality has shown a gross contravention of the limit of campaign spending by politicians.

Speaking on how best to track and monitor campaign finances, Dr. Aminu said that the Center has evolved one of the most efficient methods; noting that Civil Society Organizations (CSO) and media must continue to exert pressure by probing into how politicians raise money for campaigns, and making sure that politicians transparently declare their sources of funding.

While noting that voter fraud and elections malpractices have become a global issue, the Academic noted that the country must strengthen institutions that can act to minimize incidences of malpractices and hijack of the electoral process by the highest bidders. “If we can borrow democracy and adopt it, then we can also borrow best practices and adapt them to our situation,” he said.

On her part, Anifowoshe said that the citizens need to be more aware of the relevant instrument of checking the excesses of the political class beyond the current social media wave. She urged citizens to take bold steps and ensure that the relevant provisions of the law are implemented to the effect that there is a systemic change.

She argued that merely calling out the INEC over an anomaly, for instance, will only further undermine the institution and citizens’ faith in its capacity to conduct free and fair elections, and may not bring about any fundamental change if culpable public officers are not brought to book.

In the same vein, the legal practitioner said that more collaboration should be sought with all levels of stakeholders, especially influencers who can educate the public on their rights and influence them positively on the danger of vote selling. “Nigerians need to be ready to make sacrifices for Nigeria to be a better place,” she said.

A more aware citizen ahead of 2023 poll

Expressing optimism, both Musa Olatunji, the Chief Executive Officer of BeMORE Global Consulting, and Zailani Musa, the Executive Director, Kaduna Youth and Community Development Volunteers said that the fallouts of the past few off-season elections, and the new reforms introduced by the Electoral Law means that the 2023 election will not be business as usual.

Olatunji said that the continuous advocacy by CSOs and other stakeholders has raised consciousness of voters who may not necessarily be influenced by money in the 2023. While admitting that there are still some parochial religious and ethnopolitical sentiment that may play a bigger role, the expectation for 2023 elections is that vote selling will not be a major determining factor like in previous elections.

“Nigerians and youths, especially are beginning to understand that politics is policy, and policy is life. When we put out bad leaders to represent us, definitely, they will churn out bad policies that would affect our livelihood and environment,” he noted.

Also, Zaillani Musa said that the degenerating security and economic situation in the country will largely inform voters choice in the 2023 elections, and submitted that many voters will resist the urge to sell their conscience for peanuts on election day.

He specifically noted that the interest shown by young people ahead of the 2023 poll will make a lot of difference, as the country yearns for transformational leaders.

Monetization of politics excluding youth and women, although focus should be on leadership capacity

She, as well as Olatunji however noted that the priority for leadership selection should be about the individual’s leadership capacity to deliver and handle public funds and create change for the people, and not much about age of the aspirant.

The Center’s Electoral Financing Project is part of continuous effort towards strengthening the integrity of the nation’s electoral process. The EFP track and monitor the use of money in political campaigns, and advocate for compliance with the electoral law on electoral and political campaign financing.

The Center agrees that money is an integral part of elections, but urge political parties to seek legitimate means of funding their campaigns and be open and transparent with sources of funds.